Do Coffee Grounds Keep Mosquitoes Away

How Burning Coffee Grounds Keep You Away From Mosquitoes – What & How

In 2003, a study showed that used coffee grounds and caffeine could kill off the larvae of Aedes aegypti by blocking their development from becoming adult mosquitoes. The insects also couldn’t develop a resistance to the coffee.

Later, in 2007, a team of researchers discovered the same effect on larvae when using coffee grounds and a liquid infused with coffee, both at low concentrations. This research suggested that coffee could be used to prevent mosquito populations from growing in gardens and even urban areas, the Huffington Post reports.

Again in 2012, coffee extracts were used to prevent development of larvae and kill off both Aedes aegypti and Aedes albopictus mosquito populationsusing both caffeinated and decaffeinated versions. What’s more, a 2015 study revealed that mosquitoes are deterred from laying eggs in coffee-treated water due to its darker color. And if they do, as proven before, the larvae die.

They can turn the most relaxed of backyard barbecues into a frenzy of swatting and knee-slapping. And then there are allergies and serious viruses like Zika that can be transmitted by the annoying little buggers.

But you know what sucks even more than mosquitos? Some of the commercial repellents thatll suck your wallet empty over the summer season, especially if youre the outdoorsy type.

Commercial repellents also tend to have more than a few harmful effects that arise from breathing them in.

The solution? Believe it or not, coffee grounds!

The Environmental Protection Agency says coffee grounds work as a very effective natural repellent that will keep many insects including mosquitoes, wasps and bees away.

Many insects have a very strong sense of smell, and coffee grounds, which are incredibly strong-smelling when they burn, drive them crazy.

Easy! Take your used or fresh coffee grounds, put them in a bowl and cover it with aluminum foil. Leave this bowl in a dark, cool place and let the grounds dry completely.

Then, place the grounds on a flat area outdoors and burn them like you would incense. If youre indoors and trying to keep mosquitos out, open your windows. If youre using this method at an outdoor gathering, just leave the bowl burning in a central place.

Still too many mosquitoes plaguing you? Add some fresh bay leaf to the coffee grounds and burn them together.

Mosquitoes first appeared over 100 million years ago, and theyve been terrorizing living things ever since. These annoying insects have a tendency to bug vertebrates in search of blood, and in doing so they often transmit nasty and deadly diseases like the West Nile Virus, malaria, and yellow fever. As their bites can be deadly or just simply annoying , we frequently find ourselves searching for ways to keep mosquitoes away from your home. Fortunately, there are a number of ways that we can keep the mosquitoes at bay without the use of bug spray:

For millions of years, mosquitoes have been nothing short of pests. However, the modern age has presented many life hacks that keep mosquitoes away from your home. With these tricks, youll finally enjoy a summer free of bug bites.

Outdoor Fans To Keep Mosquitoes Away

Use Candles And Fans. Burn candles made with citronella, lemongrass or eucalyptus to help keep the mosquitoes away. Light candles outside around your backyard before the sun goes down to avoid them coming out too early and ruining your outdoor time together. Keeping a fan on will create enough of a breeze that it can confuse mosquitoes.

How Do You Use Coffee Grounds To Get Rid Of Mosquitoes 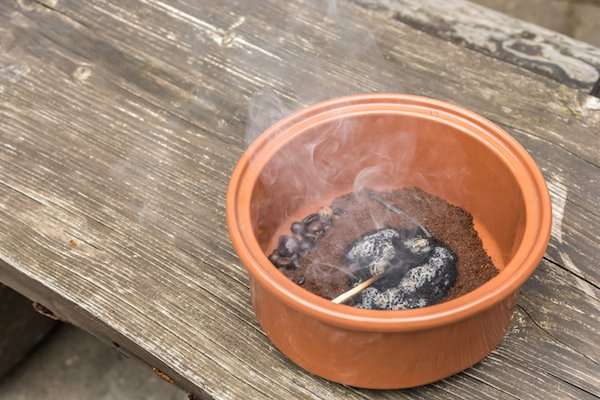 Do the following to burn your coffee grounds:

What Is The Best Mosquito Repellent For The Yard

Since 1924, Abell Pest Control has provided quality services, protecting our customers and their patrons from coast-to-coast. Our customers enjoy the expertise and resources of a national provider. Prouder yet, we are members of your community, ready to service your home or business 24/7.

We are reliable experts in pest controlâexperts who care. At Abell Pest Control, we bring experience, efficacy and knowledge to customers who are looking for a fast, safe and effective solution to their pest problem.

Cleaning your hair with coffee grounds will improve its overall health. The rough texture of the grounds will exfoliate your scalp, and stimulate your hair follicles. Working coffee grounds throughout your scalp will help remove hair product buildup, prompt hair growth and give your hair a sleek and shiny appearance. If you are interested in making a coffee hair scrub a part of your every day grooming routine, add grounds to your shampoo or conditioner.

Don’t Miss: How Much Caffeine Is In Folgers Classic Roast

Responses of gravid Ae. albopictus F1NC1 and F4NC1 females when given a choice of ovipositing in four cups containing coffee media at different levels with water ovicups.

Does Bounce Keep Mosquitoes Away

In this article, learn about the best natural mosquito repellents and how they work.

What Smell Do Ants Hate 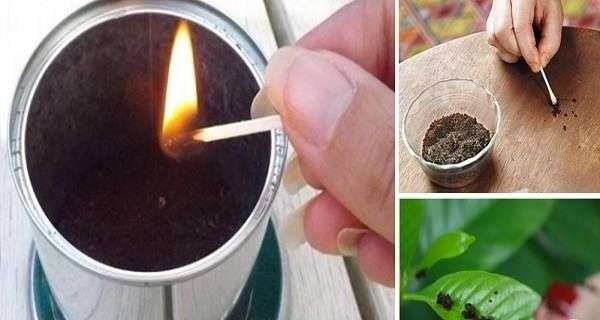 Ants hate the smell, and your home will smell minty fresh! Plant mint around entryways and the perimeter of your home. Place a few drops of peppermint essential oil on a cotton ball and use it to wipe suspected areas. You can also place a peppermint oil cotton ball in areas such as cabinets where the ants frequent.

How To Use Coffee Grounds As A Mosquito Repellent

Ants Coffee Grounds And The Patio

I have a patio made out of rectangular man-made stones which are sitting on sand. From day 1, ants moved in and live under the stones. I found two entrances to their home, which were quite close togetherprobably led to the same nest.

One of the openings was just a hole between the stones. Ants were busily coming and going from the hole so I decided to surround the hole with quite a bit of coffee grounds, making a full circle. Ants the came out of the hole, walked up to the grounds, and then went back under ground. Ants arriving from distant lands went up to the coffee grounds, stopped, turned around and went away.

The second entrance consisted of a hill of sand which the ants had excavated. Many ants were busy going and coming using this entrance. I covered the hill with coffee grounds, making sure some sat right in the entrance hole. Same as before, ants would not cross the coffee grounds.

Things looked very promising. Ants clearly do not like the grounds. It could be the smell, or it could be the particles themselves. I was dealing with small ants and the grounds were almost as tall as the ants.

What about the covered ant hill? They had removed almost all of the grounds from the hill and they were back in business. They did abandon the hole that was surrounded with grounds, and made a new entrance almost beside it.

Do Coffee Grounds Keep Mosquitoes Away

According to the EPA, coffee grounds are a safe and effective way to keep pests away. Coffee grounds can help repel not only mosquitos but also other annoying insects like wasps and bees. Coffee grounds have a strong smell but its even stronger when they are burned. This smell will bother the pests and keep them away.

Why Are Coffee Grounds Effective

Coffee grounds have a strong smell, which gets stronger when they are burned. Now, considering most bugs have a very sense of smell, they will be bothered by the grounds smell keeping them away. Besides, since to most insects smoke signals danger, they will surely find shelter elsewhere when they detect any smoke.

Don’t Miss: How To Get Coffee Stains Out Of Wood

Which Plants Keep Mosquitoes Away

The marigold is one of the most well-known insect-repelling plants and with good reason they have a scent that will keep pests like mosquitoes, nematodes like cabbage worms, and other pests away. Plant marigolds to attract beneficial insects that attack and kill aphids. Ladybugs are especially fond of aphids. 10. Mosquito Plant

How Do I Keep Mosquitoes From Biting Me At Night 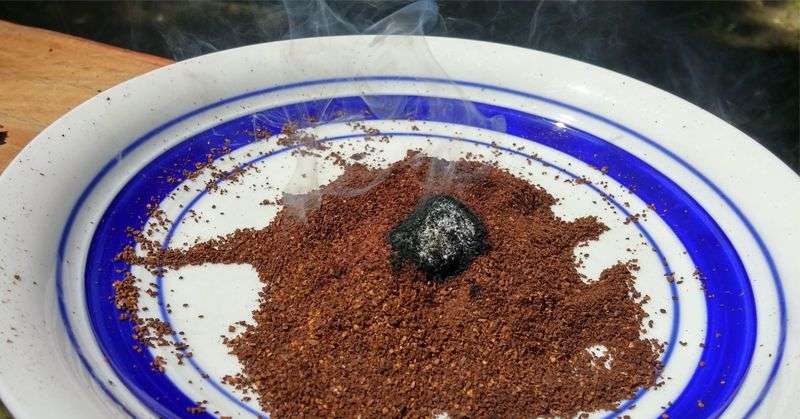 4.8/5get rid of mosquitoes in your yardwillmosquitoesyourcanmosquitoes

Similarly, it is asked, how do I get rid of mosquitoes in my yard naturally?

Secondly, what can I use to get rid of mosquitoes? Oils: Some naturally-derived oils, such as peppermint, camphor and citronella can be mixed with water and used as room spray to help deter mosquitoes. Oils such as eucalyptus and lavender can be lightly applied directly to the skin to prevent mosquitoes from landing to bite.

Picaridin is a widely used insect repellant. It is used to repel mosquitoes, ticks, and biting flies. Sawyer Fisherman’s Formula Picaridin Insect Repellent is DEET-free, gear safe and repels mosquitos for as long as 8-hours. The main ingredient in Natrapel 12-hour is picaridin.

What can I spray in my yard to keep mosquitoes away?

If you want to go green with your mosquito spray, then peppermint oil is the choice for you. Lemongrass oil/lemon eucalyptus oil/citronella oil/cedar oil: These are some other all-natural, plant-based insecticides that you may encounter in mosquito spray products.

Best Way To Keep Mosquitoes Away

Weird Ways To Use Coffee And Coffee Grounds

You and coffee already know each other well perhaps you spend each morning or more with a cup or two. Coffee is mostly used as a drink to help get you going, but did you know there is a lot more to it? Read our 25 weird ways to use coffee.

When using coffee grounds outdoors for gardening, composting and pest control, keep in mind they do not go bad. You can collect and store the coffee grounds in a large trashcan, so youll have them as you need them.

Does Caffeine Cause Arthritis Pain

How Can I Remove Coffee Stains From My Teeth

What Is The Effect Of Drinking Coffee After Drinking Alcohol

How To Remove Set In Coffee Stains

How Much Caffeine In Starbucks Bottled Cold Brew

Can Coffee Cause Gout Attacks

How Much Caffeine Does Excedrin Extra Strength Have