Origin: Brazilian and Guatemalan coffee among others Order: Buy Coconut Flavor Over Ice at Nespresso A limited edition of coconut flavored coffee for cold drinks. Light brown foam. The coconut smell is strong and immediately identifiable, even from afar. Very sweet aroma overall, with hints of vanilla and delicately roasted coffee. Dry and light-bodied, timidly bitter at the first taste, especially when drank hot, less so as a cold coffee. Weak crema. Nutty aftertaste, with a burning feeling left at the back of the mouth. It is a vague effect but peculiar. Not overtly sweet, more like a raw coconut than a sweetened coconut milk. Some woodiness and cereals can

Coconut Flavor Over Ice Is Back

Unfortunately for the rest of the world who loves coconut-flavored coffee, the Coconut Flavor Over Ice is available again after last year for the USA market only. It is probable that this quite appreciated pod will be available before summer elsewhere too. The fact that it has been re-released so early in US is a good sign that Nespresso has it in stock already and naturally will be sold again in many markets.

Making of BARISTA CREATIONS COCONUT FLAVOUR OVER ICE your refreshing summer treat called for a deliberate choice of the right coffees. The Latin American Arabicas in this blend are known for their naturally smooth character. The Brazilian beans bring an approachable mellowness to the blend, while the other Arabicas from Central and South America give the blend its rounded taste. We give the coffees a medium roast, and it highlights roasted, caramelly notes. All that blends beautifully with the sweetness of the refreshing coconut flavour that adds its exotic twist to our base espresso. A delicious hint of a vanilla note runs like an undercurrent in this cup, bringing a taste of the tropical islands to your home. Brew it directly over ice to chill it instantly, lock in the flavours. To extend the treat top it up with cold water or milk.

Long time Nespresso fans will recognize some of them as not exactly new . Starting from today in nordic european countries and from the 18th of May in all EU and USA, this trio of flavors for cold coffee will be available. One is a coconut-flavored one, while the Freddo Intenso and Freddo Delicato are specific for iced coffee, strong and mellow alike. No confirmed news about availability in other nations so far but it is probable these pods will see a worldwide release, eventually.

Liminha Over Ice Out In The Us 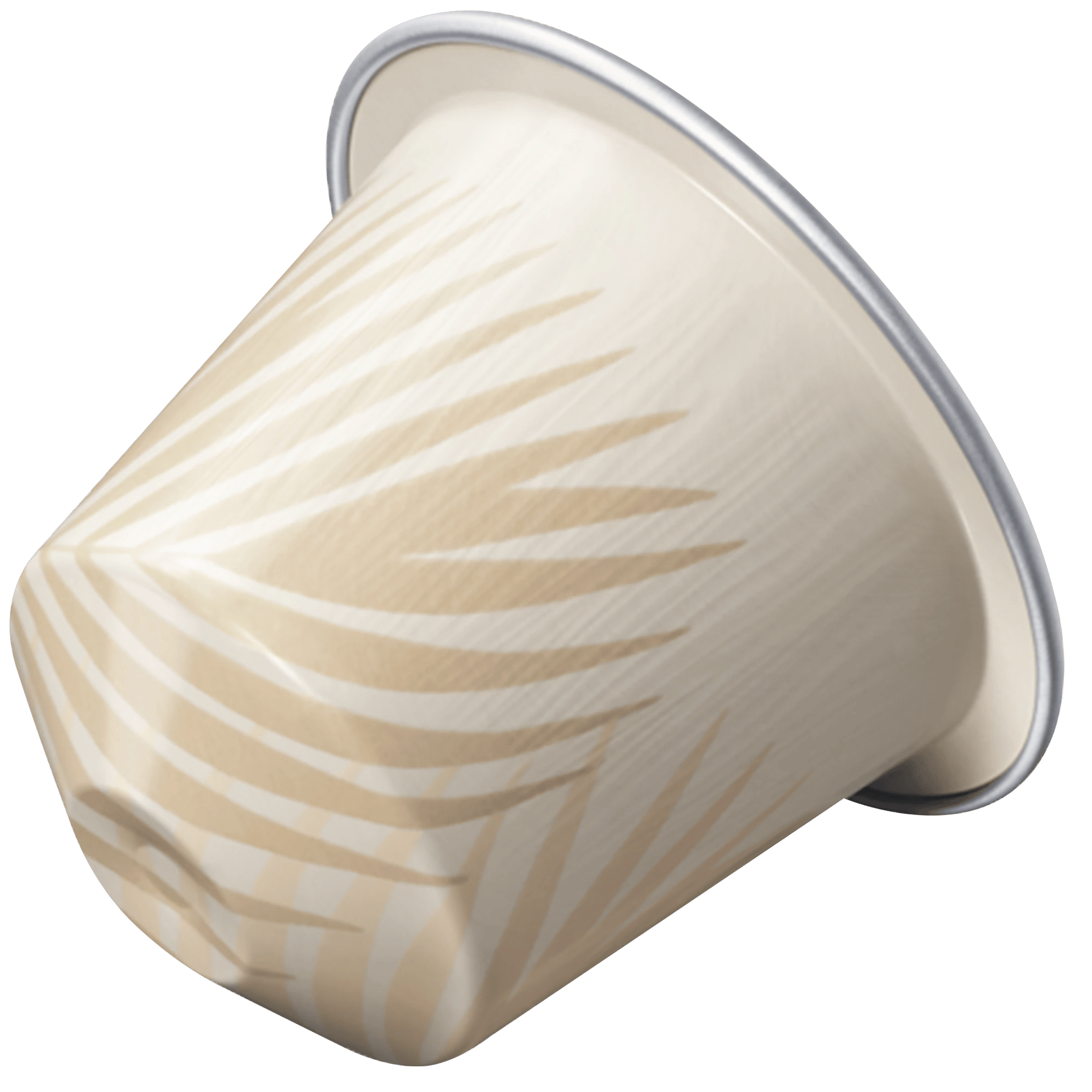 A bit surprisingly, Nespresso released a new limited edition pod for summer 2022: Liminha Over Ice. Thats the first that is specifically geared towards iced coffee and cold coffee in general. We said surprisingly because there was no hint of such a taste profile for a new limited edition to come out this year. With lime and mint as main flavors, it is a pod that will surely be refreshing to the palate but may put off some drinkers. This is not the first lime and mint pod that Nespresso released. This award goes to 2013s Liminito. We dont know if and when Liminha Over Ice will be available worldwide.

Also Check: What Is The Smallest K Cup Coffee Maker

How To Refill Nespresso Vertuo Pods

Does Dunkin Donuts Have Cappuccinos

What Is Irish Coffee Made With